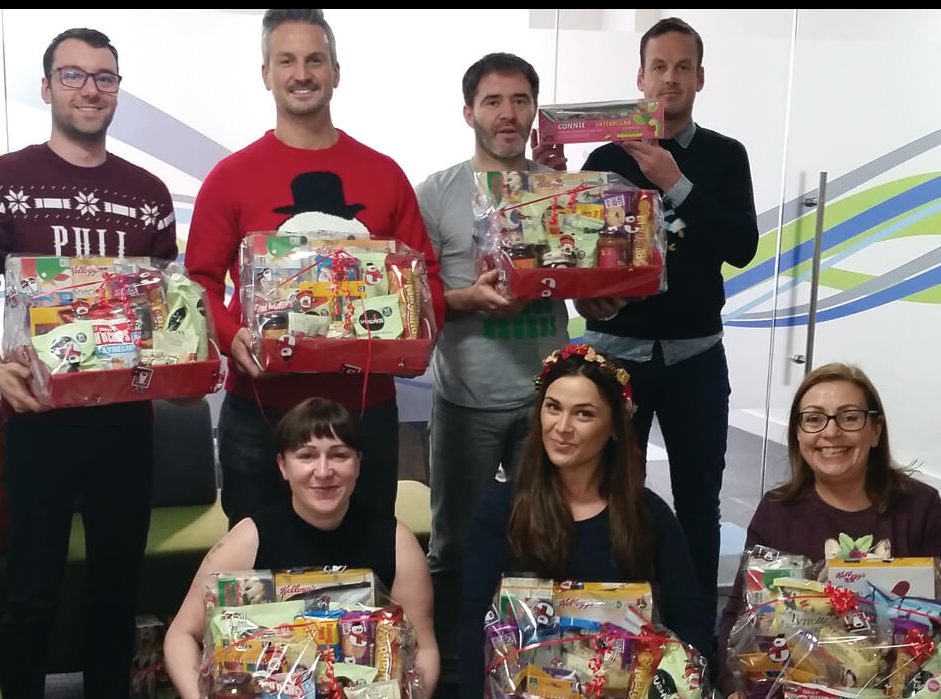 Working in the food industry and with Christmas coming up, we wanted to do a project which could include our networks and make a difference locally.

We partnered with Wood Street Mission, a local charity that assists low-income families with food and clothing.

Marketing Manager Kerry Voellner says, “When we put the idea to the consultants, they were delighted to get involved and got straight on the phones to ask for donations.

“The response was overwhelming. What we thought would have been a small project, turned into a huge one. We were literally accepting deliveries every day.

“One company even sent a pallet!”

Managing Director Ian Simkins says, “We are always open to ideas of how we can get involved with CSR projects.

“With the idea only having a week to work, we were a bit dubious at first whether we would even end up with any food, as the timing was tight.

“At this time of year, it’s challenging to get through to the right people and to get things arranged logistically.

“However, the response we got was amazing. We not only managed to make hampers, we ended up with tens of boxes of surplus, all of which was donated to the project.

“We are thrilled at the amount of people that got involved. We look forward to hearing from the Mission about the positive impact it will undoubtedly make on local families.”

Roseanne Sweeney Chief Executive of Wood Street Mission said, “Christmas is a difficult and stressful time of year for families who are struggling and can’t afford the toys and treats others take for granted.

“Thanks to the fantastic support of the local community, including this generous donation from Silven Recruitment, we have been able to alleviate some of the financial pressure on parents at an expensive time of year and put smiles on thousands of children’s faces.”

This site uses cookies to ensure you get the best experience on our website Find out more.